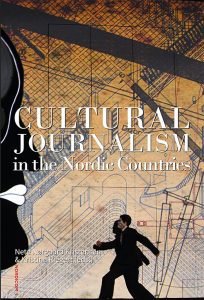 The book contains similar chapters about Finland, Norway, and Sweden, a number of case-study chapters (about the role of public service, the editorial responses to the Charlie Hebdo attack, etc.), and a chapter where Martin Eide revisits his idea of “service journalism”. It’s published open access (i.e., the digital version is free).

A piece of good news from the publications department: my new research article “Online news: between private enterprise and public subsidy” has just been published by the leading academic journal Media, Culture & Society. The article is co-authored together with Stig Hjarvard from the University of Copenhagen and examines the current economical state of the Danish press in light of recent developments with digital business models and changes subsidy frameworks and is part of a special section (edited by Philip Schlesinger and Alex Benchimol from the University of Glasgow) on media systems in small nations.

The Nordic countries’ media systems are exemplary of the democratic corporatist model, and newspapers have occupied a very prominent position in the political public sphere supported by wide circulation and a political will to subsidize the press and still keep an arm’s length distance. During past decades, these features have come under pressure due to – among other things – the spread of digital media. In this article, we explore two current structural economic challenges to legacy newspaper organizations in Denmark. The first challenge regards the implementation of subscription on news websites since 2013. The second challenge concerns the revision of the Danish press subsidy law in 2013–2014. The introduction of a ‘platform neutral’ subsidy law could be interpreted as a first step toward rethinking the entire press subsidies system. Taken together, these developments pose serious challenges to the printed press: on the one hand, no viable business model seems ready to replace the old one; on the other hand, a reorientation of the regulatory system, which subsidizes the press, seems under way. Despite the global nature of ongoing transformation (digitalization and commercialization), national particularities continue to influence developments and reflect continued support for the democratic corporatist model.

The article is published behind a paywall, but I can send you an early version upon request.